The West Vancouver Tennis Club is an active and social members-only tennis club with year-round tennis located in the heart of West Vancouver.

The Club was established in 1925 and started out with only 3 clay courts and fewer than 50 members.  Since then, it has grown to 5 hard-surface lit courts and over 500 members.  In the winter, all 5 courts are covered with a heated bubble.  The Club operates on a not-for-profit basis on leased land from the Municipality of West Vancouver.  It runs under the direction of 9 Board members, a full-time Club Manager, several part time desk clerks and several tennis professionals.  We offer private, semi-private and group lessons to adult members, junior members and junior non-members. 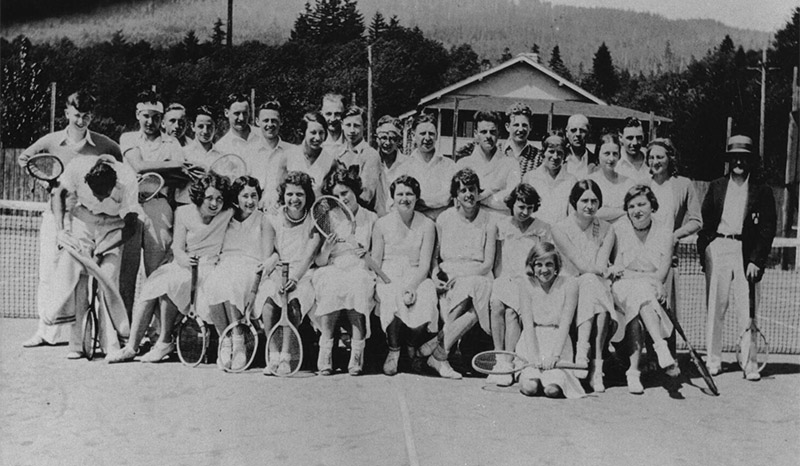 Under the direction of our Social Directors and volunteers, we host a number of events throughout the year including a weekly Sunday afternoon Social Drop-in, the Annual Club Championships, the Celebration of Tennis, a mixed doubles round robin, the Bollywood Calcutta and the Doubles by the Shore summer tournament.  In addition, many of our members participate in the Lower Mainland’s inter-club spring leagues.

Our Club makes a significant contribution to the community by teaching over 900 children each year in its junior programs.  The children range in age from 4 to 18 and Club membership is not a requirement.  Many of our juniors have been very successful and have entered university on tennis scholarships, competed at high levels for Canada and gone on to become professional tennis coaches.

We welcome players of all levels to consider joining our Club.  It’s one of the friendliest and most affordable tennis clubs in the Lower Mainland.